The Boy Who Dared 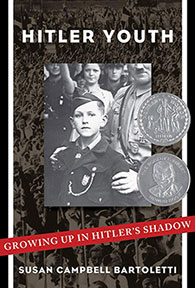 Susan Campbell Bartoletti has taken one episode from her Newbery Honor book, Hitler Youth, and fleshed it out into a thought-provoking novel. When 16-year-old Helmut Hübener listens to the BBC news on an illegal short-wave radio, he quickly discovers Germany is lying to the people. But when he tries to expose the truth with leaflets, he’s tried for treason. Sentenced to death and waiting in a jail cell, Helmut’s story emerges in a series of flashbacks that show his growth from a naive child caught up in the patriotism of the times  to a sensitive and mature young man who thinks for himself.

Opening her story on Hübener’s last day, Bartoletti frames the work as third-person flashbacks, casting over the narrative a terrible sense of doom even as she escalates the tension. She does an excellent job of conveying the political climate surrounding Hitler’s ascent to power, seamlessly integrating a complex range of socioeconomic conditions into her absorbing drama of Helmuth and his fatherless family.  (Publishers Weekly, starred review)

The teen’s perspective makes this a particularly gripping way to personalize the history, and even those unfamiliar with the background Bartoletti weaves in—the German bitterness after World War I, the burning of the books, the raging anti-Semitism—will be enthralled by the story of one boy’s heroic resistance in the worst of times. (Booklist, Hazel Rochmann, starred review)

The hardcover of The Boy Who Dared is available from your favorite independent bookseller, your public library. or these online retailers: 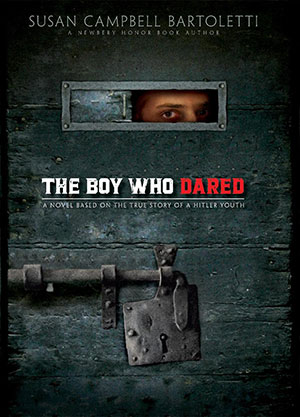 The paperback of The Boy Who Dared is available from your favorite independent bookseller, your public library, or these online retailers:

The ebook of The Boy Who Dared is available from your favorite independent bookseller, your public library, or these online retailers:

The audio book of The Boy Who Dared is available from your favorite independent bookseller, your public library, or these online retailers: